In June 2007 the Swedish National Space Board (SNBS) and the German Aerospace Center (DLR) set up the REXUS/BEXUS programme. It provides Swedish and German students with the opportunity to conduct scientific and technical experiments on rockets and balloons in special atmospheric conditions.

In the process, the students become familiar with the complete process of a space flight project, which begins with the idea and planning and ends with publication of the results. Between idea and publication, the students construct and test the experiment equipment, actively take part in the balloon or rocket launch campaign, carry out the physical tests during flight and analyse the captured data. In the process, they follow a project schedule with defined targets. The project duration for a REXUS experiment is around 18 months, for a BEXUS experiment around 12.

The Esrange Space Center launch site for rockets and balloons, from which the REXUS and BEXUS EuroLaunch is launched, is located in Sweden, near the town of Kiruna, 200 km to the north of the Arctic Circle. The students travel there to get their experiments ready to go, to monitor them during the flight and control any telemetry which may be used. After landing, a helicopter brings all the experiments back to the launch pad. A launch campaign lasts a total of about ten days.

The unguided REXUS rockets reach an altitude of approximately 100 kilometres. Up to three minutes of xperimnet time are available during one flight.

Using a yo-yo system, around 90 seconds of experiments can also be conducted at reduced gravity. With this configuration – if the experiment requires it – the rocket tip can also be jettisoned.

The rocket is 5.6 metres in length with a diameter of 356 millimetres. Five experiments with a total mass of up to 30 kilograms can be installed.

The flight of the BEXUS stratospheric balloons at an altitude of 20 to 35 kilometres lasts two to five hours depending on the wind speed. An active altitude control is not provided.

The helium balloon has a volume of 12,000 m³ and a diameter of 28 metres at its widest point. The total length of the balloon system can vary between 65 and 100 metres. A balloon gondola can carry 40 to 100 kg experiment payload. 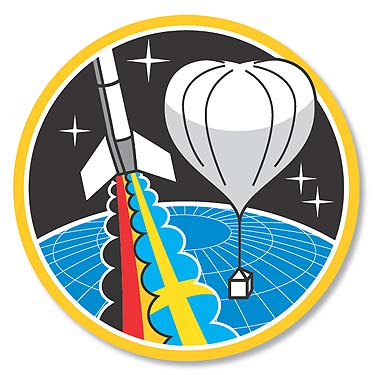 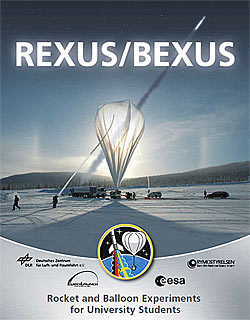