The programme has been funded by the Federal Ministry of Education and Research (BMBF) via the German Aerospace Center’s Space Administration (DLR) since 1976. It is now the world’s most successful and longest standing rocket programme for scientific physical tests and technology trials in microgravity. TEXUS plays an important role in the preparation of experiments which are destined for the International Space Station (ISS).

Approximately every 18 months a campaign to launch two rocket vehicles is conducted. For this purpose, Brazilian type VSB-30 two-stage rockets have been in use since 2005. They are launched from Esrange Space Center near Kiruna in northern Sweden. They reach a peak altitude of around 250 kilometres during ballistic flight. In the process, microgravity (around only one ten thousandth of the Earth’s normal gravitational pull) is achieved for six minutes. The payload then lands by parachute and is recovered by helicopter.

The experiments are contained in the separate modules, arranged one on top of the other, atop the rocket stages. During the flight, scientists can directly control and monitor their physical tests from the ground station using telecommanding and video monitoring. The data is sent to ground during the flight using telemetry or stored aboard for extraction after recovery of the scientific payload.

The TEXUS programme is particularly successful thanks to:

The prime industrial contractor for the construction of TEXUS payloads and the missions is the Airbus company in Bremen. OHB (formerly Kayser-Threde, Munich) and DLR MORABA are subcontractors. 53 TEXUS flights had already been carried out by 2017, flights 54 and 55 are planned for 2018. The German Aerospace Center makes TEXUS available to scientists from German research institutions for selected experiments. These include subjects from the field of gravity biology, fluid physics and flow research in capillary tubes.

TEXUS 49 – Launch of a Research Rocket in Kiruna, Sweden 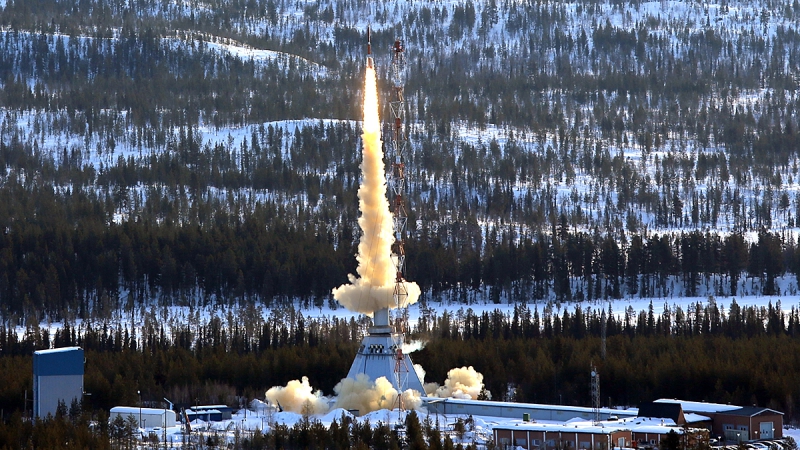