The Reusability Flight Experiment (ReFEx) is being developed by DLR to provide flight and design data on, as well as operational experience with, a winged first stage of a RLV. As such ReFEx will be a small technology demonstrator and is scheduled for launch in 2022. The experiment will be launched on a VSB-30 sounding rocket to altitudes and velocities similar to a first staging event and will then attempt a return flight along a trajectory comparable to a returning winged first stage RLV, transitioning from hypersonic speeds down to subsonic flight.

ReFEx is about 2.7 m in length, has a wingspan of about 1.1 m and has a mass of approx. 450kg. It is controlled by a nitrogen cold gas reaction system (RCS) while outside the atmosphere and shall transition toaerodynamic control surfaces (canards and rudder) when atmospheric effects come into play. The maximum Mach number reached during the re-entry manoeuvre is about Mach 5. Besides being able to fly an optimised trajectory (generated autonomously on-board) to reduce the thermal and mechanical loads, ReFEx shall demonstrate manoeuvrability by flying a turn of at least 30° with respect to the original heading measured from entry interface. The entry interface was placed at 60 km altitude for the purposes of this experiment, as the effects of the atmosphere become significant at this altitude for the foreseen trajectory.

The key technologies demonstrated in this vehicle are, amongst others: aerodynamic design of a vehicle
capable of stable flight through many flow regimes, guidance, navigation and control (GNC) capable of on
board generation of an optimised trajectory, the seamless transition between extra- and intra-atmospheric
flight controls and health monitoring of the vehicle status during flight using advanced sensors such as Fiber
Optic Sensors (FOS) and Flush Air Data System (FADS). 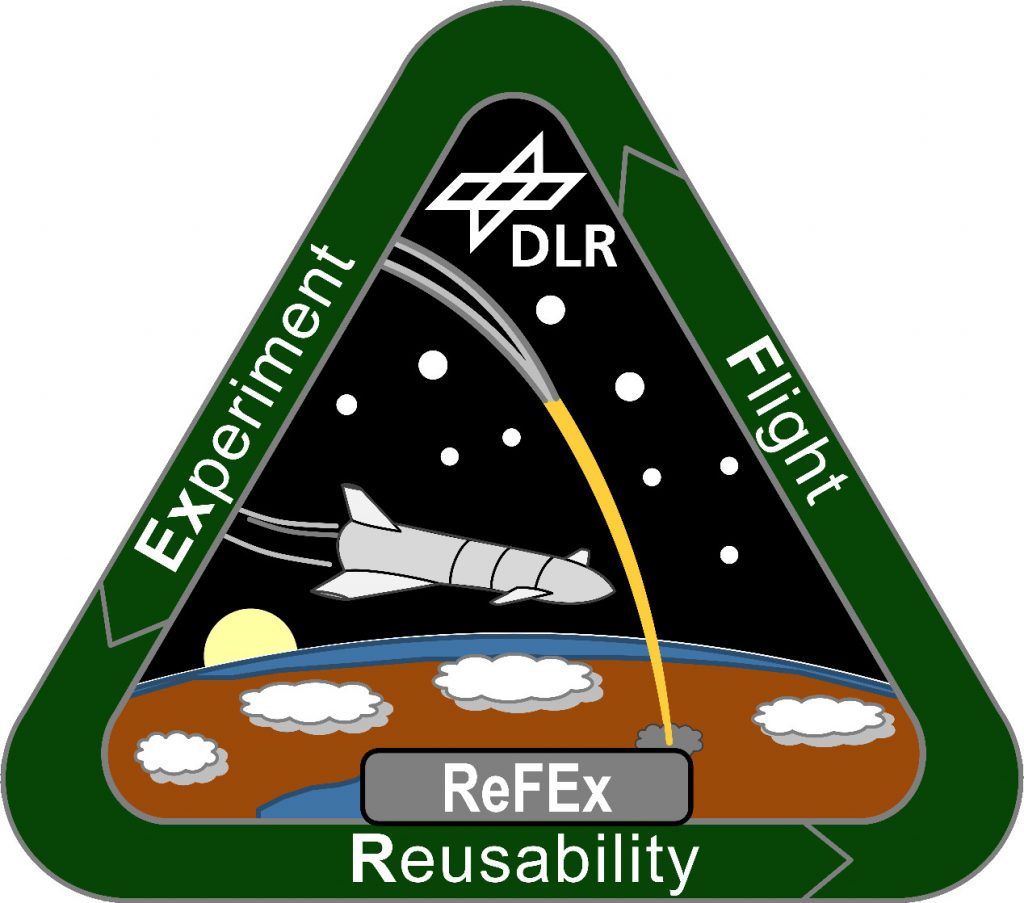